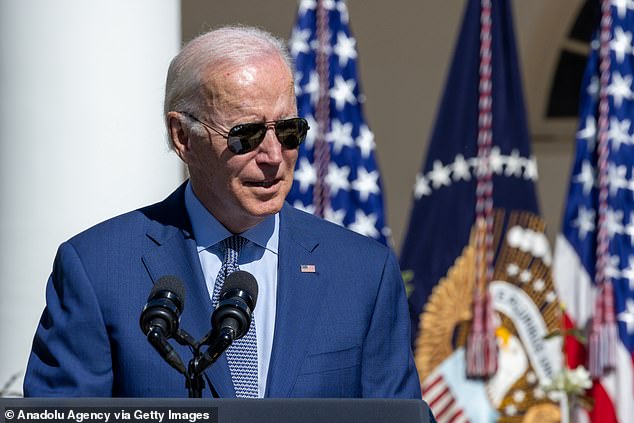 The president’s statement makes federal funding available to nine Gulf Coast counties in the Sunshine State. Funding could include assistance with temporary housing and home repairs and low-cost loans to help cover uninsured property, among other programs.

The cost of repairing and rebuilding homes from storm damage could cost up to $260 billion, according to real estate experts CoreLogic.

Grant programs available through federal funding could also help individuals and business owners recover from storm damage, the White House noted in a statement on the major disaster declaration.

Hurricane Ian smashes its way through Florida, leaving a devastating trail of destruction in its wake as dozens of people remain trapped in their flooded homes and two million are without power

The formidable hurricane slammed into shore with catastrophic force Wednesday afternoon as a Category 4 storm, bringing sustained winds of 150 mph and blasting homes with an 18ft wall of water In certain regions.

Cleanup efforts won’t begin for some time as much of Florida remains underwater.

Fire crews and police were inundated with calls from people trapped in flooded homes. Others are posting calls on social media for themselves or loved ones to be rescued after choosing to ride out the storm at home rather than heed evacuation orders from Governor Ron DeSantis and FEMA.

Rescue teams have been unable to reach those seeking help so far due to fierce winds and flooding, according to the GOP governor.

Multifamily loans continue in the face of economic headwinds