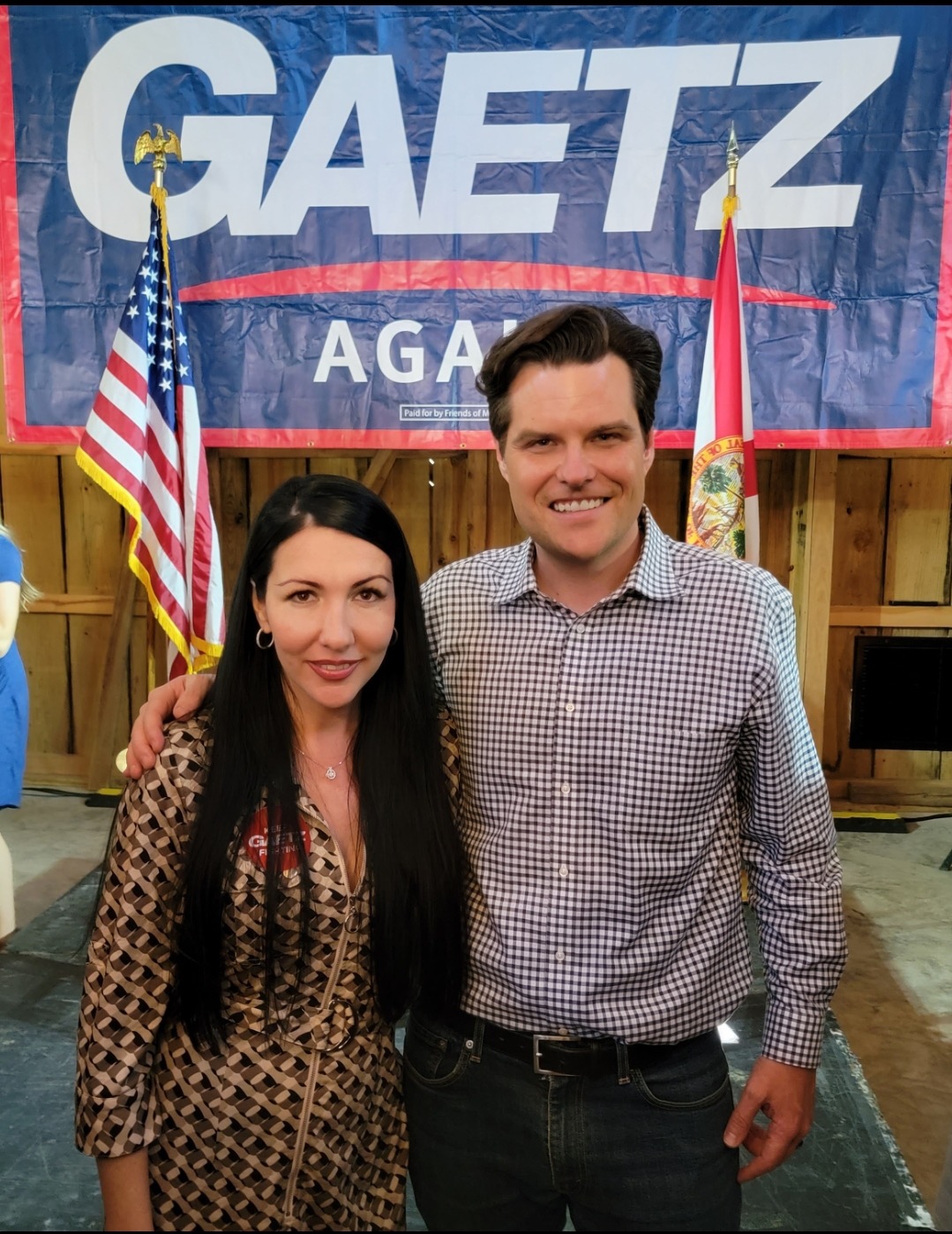 Calkins pictured Saturday April 9 at a campaign event in Milton for US Congressman Matt Gaetz, who endorsed her for Florida House District 3.

After the April 10 deadline for candidates to submit March 2022 campaign returns, Mariya Calkins is leading the Florida House District 3 cash race in the tens of thousands of dollars.

Two Navarrese businessmen are also in the running: Joel Rudman and Skip Orth.

Orth raised $19,120, including $10,000 in personal loans. He spent $14,967.79, leaving $4,152.21. Additionally, Orth says he appealed a fine imposed for a late February report, saying his campaign was not provided with login information. “As soon as I got the notice, I called the department that day, submitted the report, and took care of everything,” he said.

All three candidates are Republicans vying for the seat vacated by Jayer Williamson of Pace, who announced earlier this year that he was not seeking re-election.

The primary election will take place on August 23.

US Dollar Index struggles to recover 100.00 ahead of US CPI, Asian markets plunge