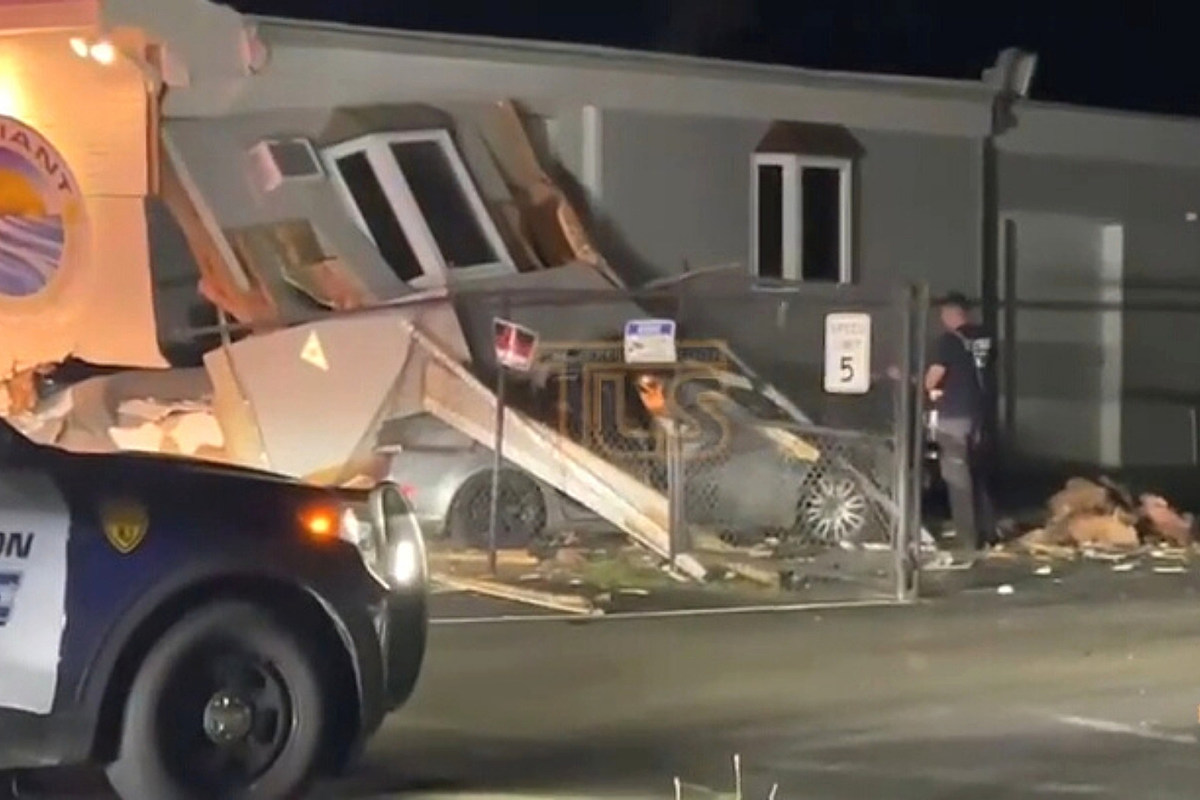 Driver who crashed into building in Jackson, NJ, may have been drunk

JACKSON — The driver of a car that drove through a business early Sunday morning is in hospital and is suspected of being drunk and driving, police say.

The Lakewood Scoop first reported that the silver sedan pulled into the corner of an apartment building shortly before 1 a.m. Sunday. Video from the scene shows that part of the wall of the Brilliant Environmental Services building which sits at the intersection of Whitesville Road and Faraday Avenue collapsed onto the vehicle.

Jackson Police Chief Matthew Kunz told New Jersey 101.5 that the driver and a passenger were injured. They were both taken to Jersey Shore University Medical Center for treatment.

Kunz confirmed that the unidentified driver is being investigated for driving under the influence. The chief said it would take some time to get the results of the blood samples to measure the driver’s blood alcohol level.

It is not yet known at what speed the vehicle was traveling. An aerial view of the area using Google Maps shows that the building is about 100 feet from the intersection.

The police road safety unit is in charge of the investigation.

Rick Rickman is a reporter for New Jersey 101.5. You can reach him at [email protected]

Red flags for someone claiming to be from New Jersey

WATCH: States with the most new small businesses per capita