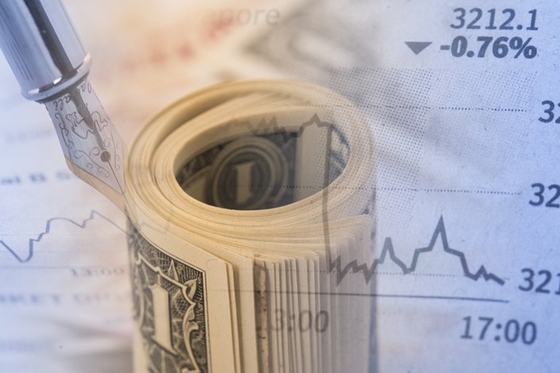 After an initial period of fear, a new scare is sending shivers down the spine of Western investors: the soaring US dollar, which many worry about, will trigger big problems across Asia, hitting your neighboring trading partners. The greenback is up 8.8% this year against a global trade-weighted basket of currencies – 15.8% since June 2021. Many see the Thai baht and Indian rupee sinking – both down nearly 7% against the dollar since the start of the year – presaging an imminent threat of monetary contagion. But no. It is no longer 1997. A sizzling dollar no longer has enough power to crush China’s trading partners and ripple through your economy. See dollar fears for what they really are: a sign of pulverized sentiment – ​​counterintuitive bullish fuel for the rest of 2022.

Much of this year’s rise in the US dollar stems from the highest US interest rates in the world – linked to Federal Reserve rate hike hysteria and global investors seeking safety amid the countless fears of 2022. While the yuan has fallen 5.7% against the dollar this year – despite the PBOC’s tighter fixation – bearish Westerners are not concerned about the renminbi itself. China has about $3 trillion in foreign exchange reserves, a huge buffer against dollar appreciation. The main concern of the bears? A strong US dollar threatens China’s Asian export partners. They say the region’s central banks are stuck between adapting to US tightening or letting their currencies plunge. Many worry about a redux of the 1997 regional crisis, which is totally misguided.

At present, currency-fueled problems are confined to Sri Lanka, Bangladesh and Pakistan – the so-called “frontier markets” that don’t matter much on a global scale. Those who assume they will spread to more emerging and advanced Asian countries are stuck in the past. In 1997, many of your neighbors defended the US dollar peg with massive and unsustainable interventions in the foreign exchange market – suddenly removing the pegs when reserves ran out. Flash devaluations drove up the cost of dollar-denominated debt. Today? Foreign exchange reserves are good. Yes, Thai and Indian reserves have declined somewhat in 2022 – along with many other countries.” India is down 9.4% since the end of 2021 as the Reserve Bank of India (RBI) dipped into its war chest amid capital outflows. Yet they still total $574 billion. Similarly, some are warning that Thai Baht trouble is brewing. But in the second quarter, Thailand retained 90% of 2021 reserves, or more than $200 billion. Both figures are a far cry from the empty coffers of 1997. Sri Lanka’s debt default in May and the ensuing economic collapse raised concerns about the future. But this crisis is largely due to the collapse of cash reserves. A repeat in India, Thailand and other similarly prepared Asian countries seems highly unlikely.

Currency parities? They are gone – replaced years ago by floating currencies, outside of Hong Kong. Still, some believe its peg to the US dollar represents a risk that could easily spread across the continent. Yet Hong Kong’s huge foreign exchange reserves – over $440 billion – show you that there is no cause for alarm. Consider: Before Hong Kong successfully defended its peg in 1997, it held only about $70 billion in reserves. Even when you factor in inflation, his forex coffers are more than three times full today than they were then.

Money doomers are also worried about the soaring dollar that increases interest payments on dollar-denominated debt for your neighbors. True! But dollar debt remains at very manageable levels both in China and across Asia. It represents less than 10% of GDP in India, Indonesia, Malaysia, Hong Kong, South Korea, Thailand and Singapore. (The same goes for China.)

Some observers point to recent drawdowns on Asian governments’ foreign exchange reserves – and the peg of the US dollar to Hong Kong – as evidence that a recovery in 1997 is near. This so-called “evidence”, however, signals the exact opposite of today’s widely touted fears! It reveals that China’s trading partners have learned from the past. Take India for example: Since good data began in 1999 (two years after the start of the Asian financial crisis), India’s US dollar reserves have grown from just $29 billion to a peak of over $600 billion in 2021, the result of good planning and lessons learned. Thailand? Its dollar reserves have risen from around $30 billion in 1999 to over $250 billion at the 2021 high. Short periods of drawdowns on foreign exchange reserves now – in India, Thailand and elsewhere – reveal that the system works as expected. That so many people can’t see this is a sign of today’s lowest feeling. Bullish!

This is not the first time since 1997 that the dollar has appreciated significantly against Asian currencies. These periods show that a strong dollar does not automatically bring about Asian catastrophe. Consider the “tantrum” of 2013, when US Federal Reserve Chairman Ben Bernanke indicated that the Fed would begin phasing out its bond-buying program. The dollar has soared. Then, as now, many Asian countries began to dip into their dollar reserves as the greenback soared against their currencies. Thai reserves fell 13% following Bernanke’s comments in May 2013 before finally bottoming out in March 2015. A rapid rebound followed, with Thai reserves returning to pre-‘anger’ levels about a year later . The same story unfolded throughout Asia. Countries deployed reserves as needed and then rebuilt them. Even when people mistakenly confused the PBOC’s decision to expand the yuan’s trading band later that year with general concerns over the Asian currency, regional chaos did not ensue. If a strong dollar didn’t bring about a regional crisis, why would it now?

Similarly, during the global bear market from 2007 to 2009, mounting fears sparked a flight to dollar safety in the second half of 2008. India’s foreign exchange reserves fell by more than 20% . Then, the easing of global fears reversed the demand for US dollars, allowing India to replenish its reserves relatively quickly. As fears ease in the second half of 2022, Asian currencies should rebound as they have in the past.

If I’m wrong? Despite everything, the Chinese economy remains resilient. Yes, your government acknowledged some slowdown when officials downplayed the 5.5% GDP growth forecast in their July statement. But the new goal of achieving the “best economic outcome” within the framework of a “fuller and better use” of existing tools – like local government bonds and fiscal and monetary policy measures – should further support the Chinese economy. Additionally, the decline in Chinese Covid cases and ongoing reopenings should further boost growth – as I wrote about in June. July’s surge in exports – driven by a huge increase in shipments to Southeast Asia – shows that demand for Chinese goods is growing solidly. Asia will be a tailwind for China and the world, not a drag.

Dollar catastrophe erupts whenever broader fears arise, so see currency concerns differently – not as economic indices but as sentiment gauges. Today, they tell you that economic pessimism reigns over Asia and the world, heralding the good surprises behind the new bull markets. Resilient trading partners – and resilient exports – should alleviate a source of uncertainty weighing on Chinese equities. Look beyond generalized worry to the relief that is approaching.

The views and opinions expressed in this opinion section are those of the authors and do not necessarily reflect the editorial positions of Caixin Media.

If you would like to write an opinion for Caixin Global, please send your final thoughts or opinions to our email: [email protected]

To download our app to receive news alerts and read news on the go.