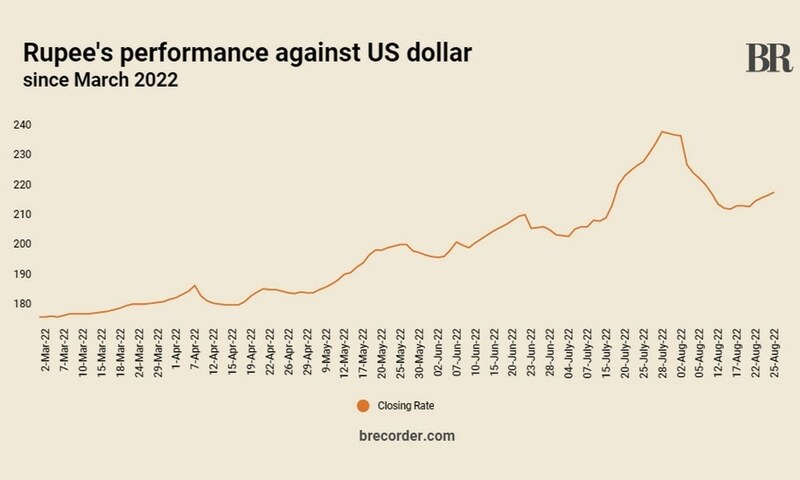 The Pakistani rupee fell for the fourth straight session against the US dollar and depreciated 0.47% in the interbank market on Thursday.

According to the State Bank of Pakistan (SBP), the Rupee closed at 219.41 after depreciating by Rs 1.03.

On Wednesday, the rupiah posted a loss for the third consecutive session against the US dollar and closed at 218.38 after a depreciation of Re0.72 or 0.33%.

The drop comes despite reports that the Qatar Investment Authority, one of the world’s largest sovereign wealth funds, plans to invest $3 billion in Pakistan. The move would lend support to the South Asian nation’s cash-strapped economy.

“This is a much needed boost which would have a positive impact on the markets. If this materializes, it would more than close the external funding gap,” Trust Securities and Brokerage Limited (TSBL) said in a statement. note.

“However, the deterioration of the rupee is concerning, hence the timing of this Qatari package and IMF inflows become critical for exchange rate stability.”

Meanwhile, oil prices, a key determinant of the currency peg, rose on Thursday on growing concerns over tight supply amid disruptions to Russian exports, the possibility for major producers to cut their production and the partial closure of an American refinery.