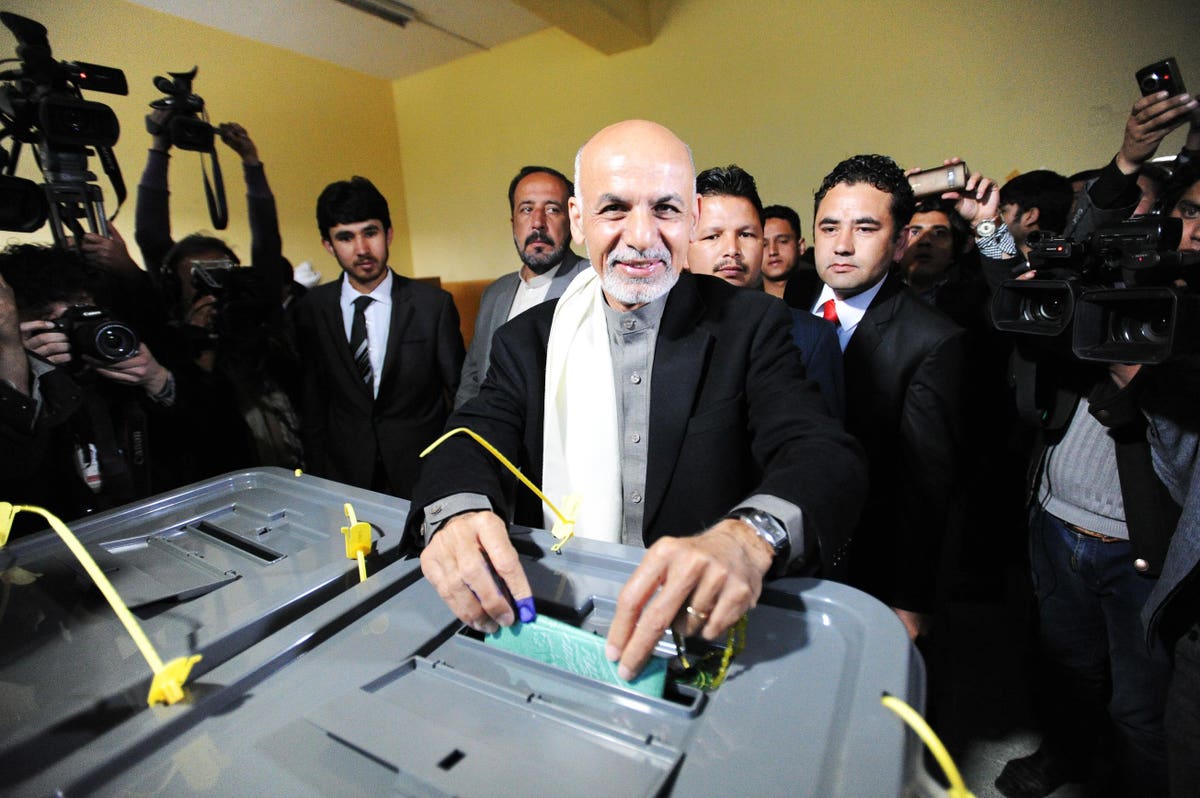 Ohen President Ashraf Ghani and his top aides fled Afghanistan in a fleet of four helicopters last August, did they take millions of US aid dollars with them?

This is the question studied for a year by the American office of the Special Inspector General for the Reconstruction of Afghanistan (SIGAR). Its report released Tuesday, “Theft of Funds from Afghanistan: An Assessment of Allegations Concerning President Ghani and Former High Afghan Officials,” fails to come to any clear conclusions about whether the Afghan leadership pulled off one of the greatest heists in history by abandoning their country to the Taliban. This is more than a footnote issue since the United States provided more than half of the Afghan national budget. About $200 million was allocated to just two controversial emergency budgets, money that SIGAR said “had acquired a reputation for being slush funds disbursed with minimal oversight.”

Two officials, the Afghan ambassador to Tajikistan and another at the Russian embassy in Kabul, claimed shortly after Ghani and his entourage fled the country that there was $169 million on their Soviet-built helicopters. tailored. SIGAR does not know if this is true, but is skeptical, as this “cash amount would have been difficult to conceal”. In $100 bills, it would have weighed nearly two tons and formed a block 7.5 feet deep, 3 feet wide, and 3 feet high. As the helicopters did not have separate holds, the money would have been visible in the cabin next to the passengers. Since no eyewitnesses told SIGAR they saw such a large block of cash, investigators are unsure of the $169 million figure.

The report cites the difficulty of using Ghani’s armored Land Cruisers to transfer the two tons of cash to the helicopters. SIGAR points out that Kabul’s hot weather (87 degrees) and high altitude (5,900 feet) meant that fully refueled helicopters required reduced payloads. A former SIGAR “senior official” is quoted in the final report as saying: “It is not easy to move so much money.

It may not be easy, but that doesn’t mean it didn’t happen. SIGAR tries in its final report to reject the figure of 169 million dollars. What if it was half of that, and all of the difficulty calculations suddenly became much simpler?

Afghanistan’s National Directorate of Security (NDS) had an annual budget of $225 million, including tens of millions in cash. The money was supposed to support anti-Taliban militias and buy the loyalty of key warlords and power brokers. A senior Afghan official told US investigators that as of August 2021, the NDS had $70 million in cash reserves. The day before the departure of Ghani and his key aides, “this reserve of US dollar cash disappeared from the NDS safe”.

There was only a small amount of money there when the Taliban arrived the next day. Some former Afghan officials said the money was intact and handed over to the Taliban, who then stole it. This could be a good excuse for the missing money, but there is no evidence to support this claim. Instead, eyewitness accounts in the SIGAR report paint a picture of a collapsing government in which officials were in a frantic scrum to get as much money as possible on their way out. An official from another Afghan ministry who had about $39 million in cash was offered half of that money if he handed over the rest to government colleagues.

What happened to the tens of millions in cash from the National Directorate of Security? The SIGAR report leaves that open. He doesn’t even know if the money was US government funding since he “never knew about the NDS budget.”

“Media and academic accounts have suggested that the CIA has historically funded the NDS,” SIGAR concluded.

One of the few things the SIGAR report is confident about is that Ghani’s private security guards, who were dropped off in Kabul by his helicopters, collected around $5 million in cash from the presidential palace later in the year. afternoon and put it in four large bags” in the trunks of the cars of the presidential motorcade. The Russian Embassy in Kabul argued from the start that the $5 million had been left behind only because “everything it wouldn’t fit in helicopters.”

Several senior Afghan officials said the $5 million was “Ghani’s personal money and declared in his assets.” Other former officials said he was provided for “post-election funding” by the United Arab Emirates following Ghani’s victory in the 2019 Afghan elections. Ghani declined an interview with US investigators, instead ordering them to submit written questions to his legal representative, a leading criminal defense attorney, Reid Weingarten, senior partner at Steptoe, a prestigious Washington firm. Ghani’s responses, sent on July 28, addressed only six of SIGAR’s 56 questions. As for the $5 million in cash, Ghani’s lawyers said so came “from the sale of property in Lebanon and personal property in the United States, in addition to funds from other sources, such as a salary from the Institute for State Effectiveness, a pension from the World Bank, and the rent of a flat “. They said Ghani intended to use most of it to “establish a foundation in his ancestral village, including a presidential library, a center for Islamic studies and an agricultural center”.

Even some of Ghani’s former staff don’t believe it. Such a lofty philanthropic goal was unlikely to be funded, SIGAR noted, by “keeping money under the proverbial mattress for nearly six years.”

SIGAR said that while fleeing government officials took as much cash as they could carry, they were limited by “helicopter payload and performance limitations”. SIGAR believes it is “unlikely to be true” that Ghani and his aides managed to pack tens of millions in cash on their escape to Uzbekistan. More likely, it could have been as little as $500,000.

The SIGAR report does not inspire much confidence and its conclusions are admittedly best guesses, often based on second-hand hearsay. “Because undeclared cash leaves no paper trail,” the report says, investigators had to rely on eyewitnesses rather than documentary evidence. Some key witnesses were “well known Afghan officials”, all allies of Ghani. It is impossible to judge their credibility or motives since SIGAR granted their requests for anonymity.

The unsatisfactory outcome of the highly anticipated report is that “there remains a strong possibility that significant amounts of US currency disappeared from Afghan government property in the chaos of the Taliban takeover, including millions from the presidential palace and from the NDS vault. Attempts to plunder other public funds appear to have been common. Yet with Afghan government records and surveillance footage from the past few days likely in the hands of the Taliban, SIGAR is unable to determine how much money was ultimately stolen and by whom.