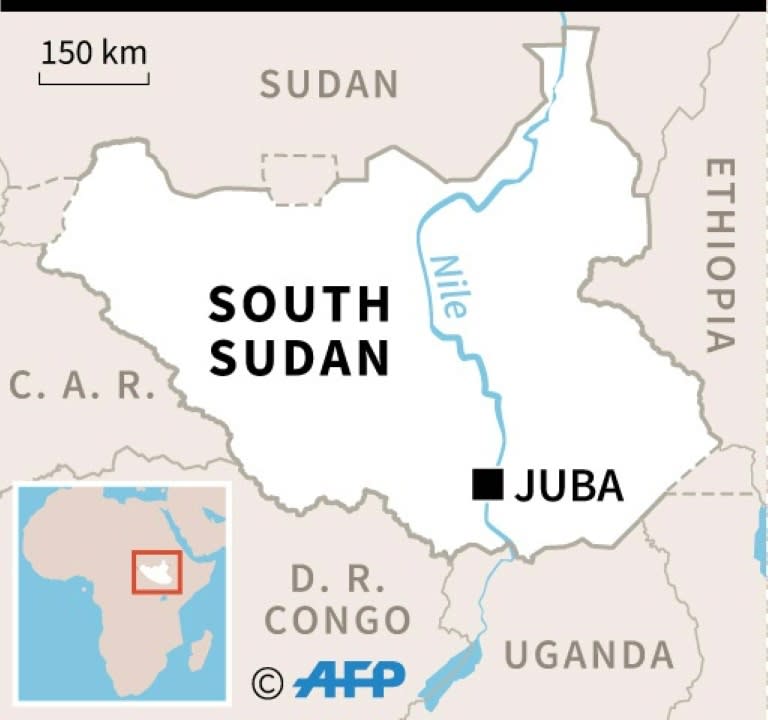 The IMF has approved $ 174 million (€ 148 million) in emergency aid for South Sudan, the country’s central bank governor said on Thursday, as floods and falling oil prices rock its economy.

Devastating floods have compounded economic pain and amplified a humanitarian crisis in the world’s youngest country, which suffers its worst levels of hunger since independence a decade ago.

“We have agreed with the IMF that half of the amount will be used for budget support to pay wage arrears, and the other half will remain at the central bank” to cover urgent balance of payments needs, he said. he told reporters.

The money would be repaid without interest on terms agreed with the IMF, he said.

South Sudan is emerging from five years of civilian bloodshed that claimed 380,000 lives and shattered its economy, which is almost entirely dependent on oil.

When it split from Sudan to the north in 2011 following a decades-long civil war, it seized three-quarters of the oil reserves.

But years of civil strife after independence, especially over control of key oil fields, deprived the country of vital income and the opportunity to diversify its economy.

The coronavirus pandemic has driven oil prices down sharply, emptying the state coffers of a fragile new unity government that took office in February 2020 at the end of a tortured peace process.

In August, the government announced that it had no more foreign exchange reserves and was unable to pay its officials.

The following month, President Salva Kiir sacked the finance minister, the head of the tax administration and the director of the state-owned oil company as inflation soared and the economy faltered.

There are few other sources of foreign currency to support the struggling pound, which has lost value and is trading at two different rates.

Ngor said the bank was working “to unify the official exchange rate with the market rate.”

This is the second loan from the Washington DC-based lender since South Sudan gained independence from Sudan, its larger Muslim-majority neighbor to the north.

How Special Drawing Rights Could Help Africa Recover From COVID-19