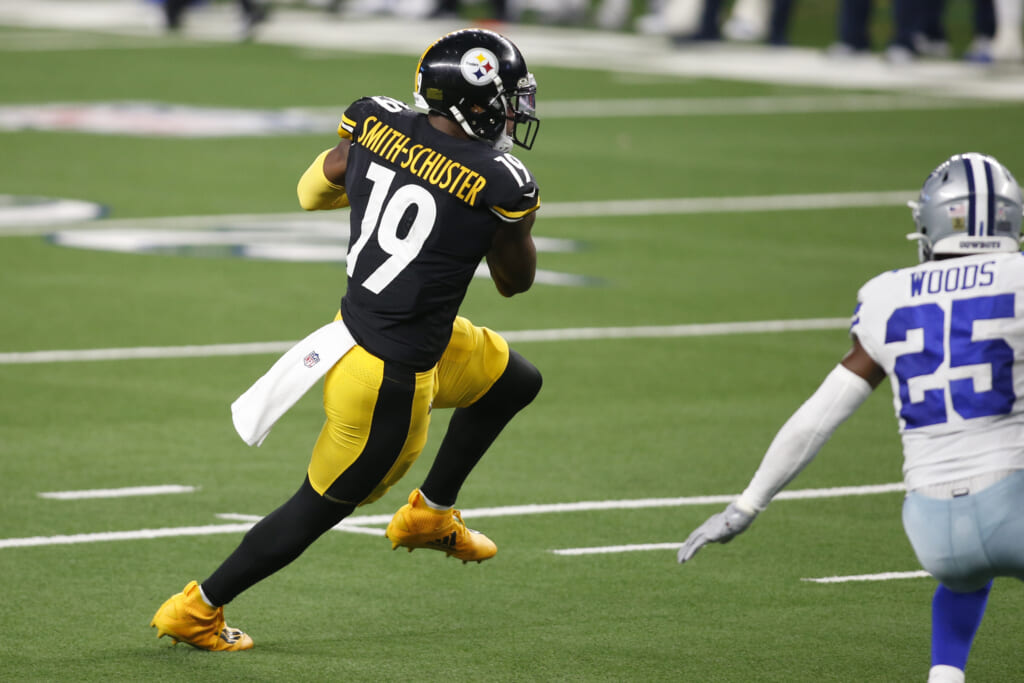 Last offseason, when JuJu Smith-Schuster entered free agency, he probably expected to be paid as one of the best unrestricted wide receivers available. Ultimately, he didn’t like the offers that came his way, opting to re-sign with the Pittsburgh Steelers for another season at just $8 million.

Smith-Schuster also said he received offers from the Baltimore Ravens and Kansas City Chiefs and even received a multi-year offer from the Philadelphia Eagles, who were offering more money.

This time around, Smith-Schuster is expected to be an unrestricted free agent again, and although he’s also previously said he wants to stay in Pittsburgh for “another four years“, there is another team that has at least returned his curiosity.

Now, with Ben Roethlisberger retired, Smith-Schuster can see the value of playing with a top-notch quarterback, having witnessed first-hand the difference between an effective QB and one who struggles to give him the ball.

“He’s a great quarterback,” Smith-Schuster said, via Dallas Morning News’ Michael Gehlken. “Catching balls from him in a facility like this, I wouldn’t mind. He has good guys around him, a great team, a great organization. So you never know.

With Cowboys receivers Michael Gallup and Cedrick Wilson also going to be unrestricted free agents, there’s a lot in the air in Dallas. Gallup also needs to rehabilitate and recover from a torn ACL suffered in Week 17.

Still, if Smith-Schuster is looking for a big payday, it’s unlikely to come from the Cowboys as they’re currently expected to have -$12 million in cap space, with work to be done before the start of 2022. of the league.

The rupee gains 17 paise to 74.71 against the US dollar in early trading