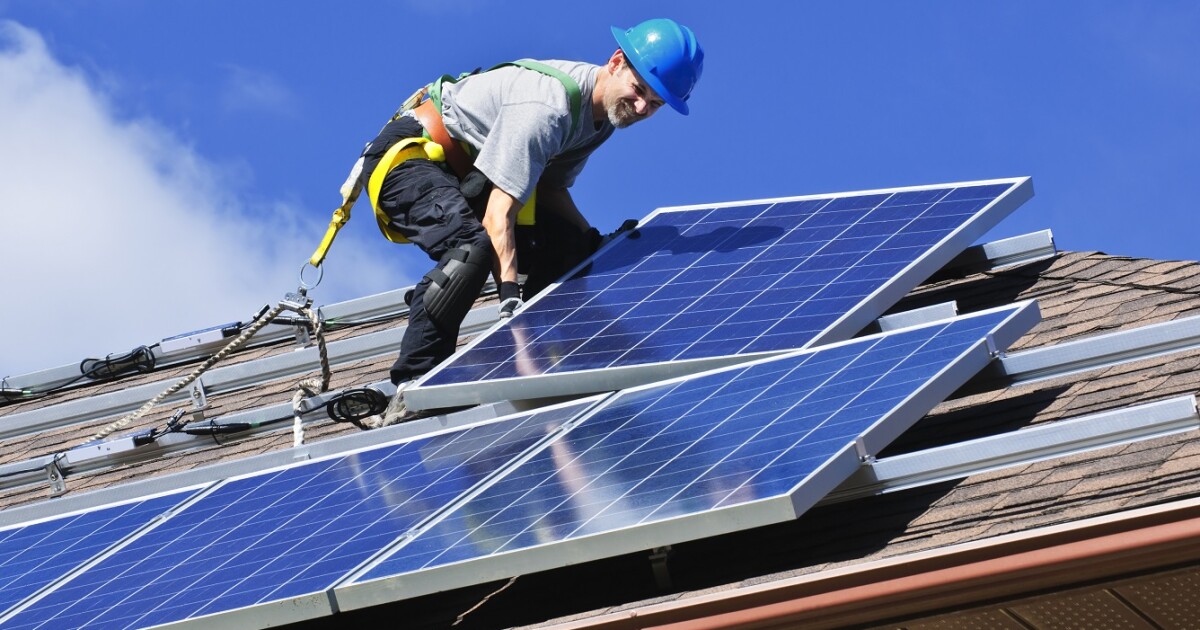 Rooftop solar panels can cost more to plug in under a bill crossing the Florida House. Utility companies may also pay less for the additional energy. Opponents say the legislation would hurt the rooftop solar industry and result in the loss of thousands of jobs.

The issue is net metering. Solar rooftop owners get a credit on their monthly bill for electricity they don’t need that gets fed back into the power grid. This bill seeks to reduce the amount of this credit, as solar energy users receive subsidies that transfer the costs of the electric grid to customers who do not have solar energy.

“If this bill didn’t pass, and I have two voters who live side by side, and one has solar power and the other doesn’t, the voter who doesn’t have solar energy ends up paying more on his electric bill to compensate what happens next?” Rep. Jason Shoaf, R-Blountstown, asked during a discussion in the tourism subcommittee, infrastructure and energy of the Chamber.

The short answer is yes. Thus, the bill requires the Florida Public Service Commission (PSC) to propose a redesigned net metering rate structure. The bill has been amended to state that anyone using rooftop solar before January 2023 can keep the current rate structure for 20 years. The grandfather clause is intended to help users who have taken out loans to pay for their solar panels.

“How do you explain or respond to the comments we’re getting that with this new tariff structure, this industry, the rooftop solar industry is going to suffer or just be wiped out? How do you respond to that?” asked the Rep. Tracie Davis, D-Jacksonville.

“I don’t want to put the rooftop solar industry out of business,” replied Rep. Lawrence McClure, R-Plant City, who is sponsoring the bill. He says he is concerned about a greater shift in costs to non-users in the coming years as solar power continues to gain customers. “But I think there’s absolutely a way to find common ground, and that’s what we’re working really hard on,” McClure said. “Hopefully we get there.”

In public testimony, George Cavros of the Southern Alliance of Clean Energy referred to what he called a myth – that using solar power on rooftops increases electricity bills for other customers. He added that none of the major utilities that requested rate increases last year identified loss of revenue from solar customers as the reason.

“I can tell you that what primarily drives up bills are investments in assets like power plants and expenses to manage those investments, like fuel costs,” Cavros said. “For example, FPL passed on $300 million last year in higher fuel costs to its customers and is passing on an additional $810 million this year.”

The PSC regulates utilities and makes decisions on rate increases. Former PSC Commissioner Lisa Edgar was in office when the rules surrounding solar were approved in 2008. She told the subcommittee that these rules are now obsolete.

“At the time, there were about 600 residential solar systems in the state of Florida. Today, according to PSC reports, there are about 19,000,” Edgar said. “We expect that number to continue to increase as it has done significantly every year.”

Nearly 1% of the energy currently generated in Florida comes from rooftop solar, and Edgar says these users still depend on the power grid when they aren’t producing enough electricity or their system fails. .

“They do not, however, contribute through their rates to transmission line costs, customer service personnel, emergency preparedness, including the line men and women who are there to s ensuring that service is restored quickly when needed due to an emergency event,” Edgard said.

The committee ran out of time to hear from any members of the public who wanted to speak – many about the jobs that would be lost if solar power became more expensive and therefore less attractive to potential users.

They heard briefly from Matthew Chentnik, founder and co-owner of Independent Green Technologies, a Tallahassee-based solar company with 15 employees.

“Look deeper into how the grid works today and how it can work in the future with modern technology and grid-tied solar and battery systems, electric vehicles coming in, all the things that can help the grid. ‘to come up. You pass this bill and none of this will happen,” Chentnik said. is produced in other states if you proceed.”

The bill passed the subcommittee, with the sponsor saying it is likely to undergo more changes to better serve utility customers as well as solar energy users.

A similar bill is going through the Florida Senate.