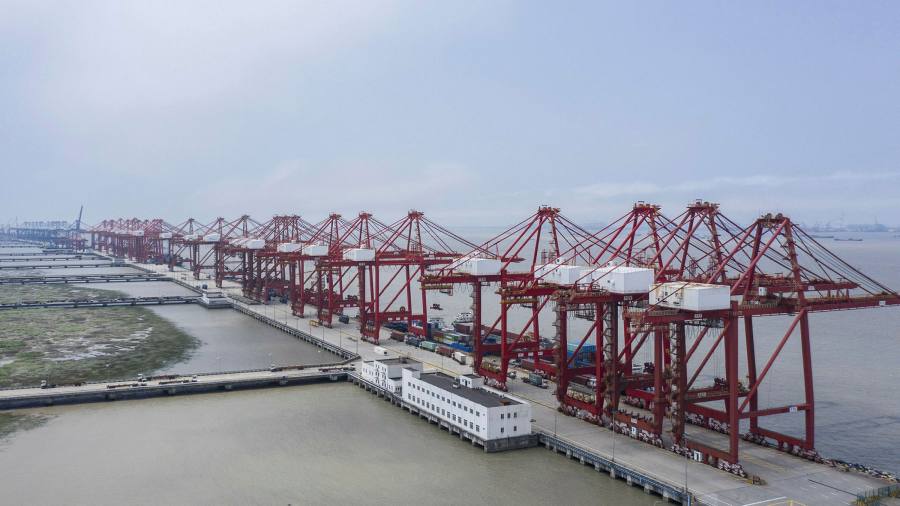 Chinese exports beat expectations in May, customs data showed, as the global recovery gave the country’s Covid-hit economy a boost.

Exports rose 16.9% in May from the same period a year earlier, beating the 8% forecast by economists polled by Reuters. Imports also rose more than expected, rising 4 percent.

The total value of exports for May was $308.3 billion and imports were $229.5 billion. That left China with a trade surplus of $78.8 billion for the month, 82% higher than the same period a year ago, the figures showed.

China also imported less crude oil and coal in volume between January and May than last year. Fuel imports fell 1.7% to 217 million tonnes and 13.6% to 95.9 million tonnes, respectively. However, the price per tonne of each fuel has increased significantly.

Reuters calculations based on the figures showed China’s coal imports fell in May from April as the country’s strict Covid-19 lockdowns hammered demand.

While the increase in exports in May reflected a temporary easing of some of the widespread lockdowns that had hit the economy the previous month, activity indicators in the manufacturing and services sectors still showed contractions from April. .

Iris Pang, chief economist for Greater China at ING, the Dutch bank, said the rebound in exports was largely the result of a resumption of port facilities in Shanghai that month.

“We view the May figures as a continuation of March’s 14.7% year-on-year export growth. If China’s future lockdowns follow the Beijing model, they should be more flexible, shorter and take less time. pressure on the economy,” she added.