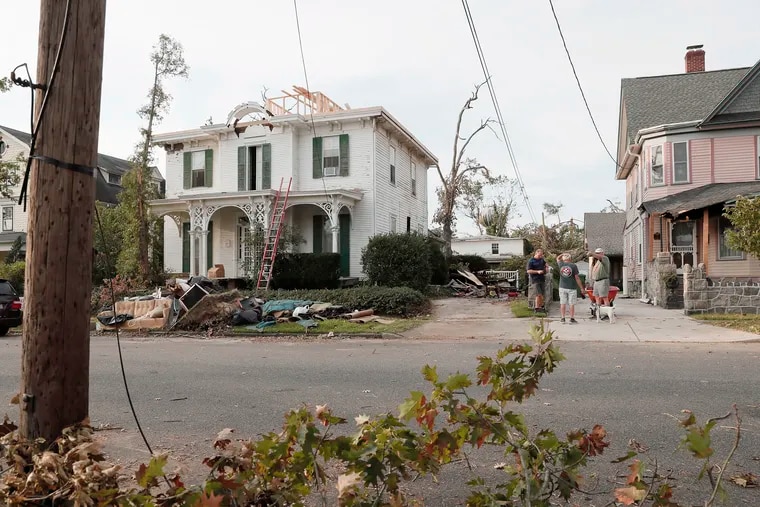 Many home insurance premiums are rising faster than inflation

â€œI noticed that our mortgage had increased by $ 100 on a mortgage of $ 1,250,â€ he said. â€œSo I looked into this. First of all, I called the mortgage company and they said, â€œInsuring your home costs a lot more. “

Across the country, homeowners renewing insurance policies are finding that rising material costs, supply chain disruptions and climate change combine to drive premiums up by an average of 4% to an average annual premium. of $ 1,398, according to the Insurance Information Institute, a nonprofit organization known as Triple-I that provides information about the insurance industry. Triple-I uses data from Standard & Poor’s Global Market Intelligence for its analysis.

Since 2017, premium rates have risen by 11.4% on average, meaning they are rising faster than inflation – and insurance experts expect rates to remain high.

â€œFrom everything I know about homeowner risk, I expected these numbers to be higher,â€ said Dale Porfilio, director of insurance at Triple-I. “Honestly, I would say they should go further up.”

Most mortgage lenders require borrowers to purchase a home insurance policy. According to a recent Bankrate.com analysis, homeowners spend, on average, about 1.91% of their household income on home insurance.

The cost of home insurance depends on several factors. Location often drives up costs, especially if the home is in an area prone to natural disasters. Some areas have higher rates because it costs more to rebuild a house there. A home’s resistance to natural disasters – for example, if it was built to withstand an earthquake – can affect rates.

When Hoagland spoke to his insurance agent, he learned that increases in his insurance premium were linked to rising lumber prices, a severe shortage of skilled labor, and inflation. All of these factors increased the cost of replacing her house. The insurance company calculated the cost of rebuilding his 1871 Tuscan-style home in Berkley Springs, Virginia, which he bought for $ 265,000 less than two years ago, to be $ 625,000.

â€œMy first instinct was that this was some kind of insurance company scam,â€ Hoagland said. â€œI called all the top rated insurance companies, five or six of them, and said, ‘I’m not sure I want to insure replacement value. Each of them said, ‘No, that’s the only insurance we offer.’ “

â€œWe provide what’s called replacement cost coverage,â€ said Karen Collins, assistant vice president of personal insurance at the American Property and Casualty Insurance Association, the largest insurance trade association. “We want to rebuild, replace what you had before. We’re trying to estimate that on an inflation factor. But when you have such an abnormal inflation rate, those automated processes may not always follow.”

When the pandemic struck, lumber producers feared a repeat of the Great Recession. They cut back on production and offloaded stocks. But demand skyrocketed, taking them by surprise. Lumber prices climbed to $ 1,500 per thousand board feet in March, a 400% year-over-year increase.

â€œRight now, lumber prices are around $ 900 per thousand board feet,â€ said Robert Dietz, chief economist for the National Association of Home Builders.

The supply chain bottleneck has also made refrigerators and stoves more expensive and scarce.

â€œIt takes longer to build and it costs more,â€ Dietz said. “Using the [Producer Price Index] Inflation data, we’re building a basket of goods related to residential construction, and right now those prices are up about 19% year over year. “

Climate change is also contributing to higher rates. The year began with a devastating winter frost in Texas, which resulted in the state’s largest non-hurricane-related climate loss event. Hurricane Ida, which struck in late summer, is expected to be among the five costliest hurricanes in U.S. history. It is too early to calculate the losses caused by the tornadoes that ravaged eight states in early December.

Porfilio said insured damage from tornadoes, hurricanes, severe storms, wildfires and other natural disasters reached $ 82 billion this year, bringing the total from 2017 to today to more than $ 400 billion.

â€œClimate risk continues to put pressure on everything weather-related,â€ Porfilio said. â€œWe are seeing more severe hurricanes, more severe forest fires, and the science is not as clear on tornado events in terms of whether or not they change in frequency. But what we certainly know is that gravity is increasing. “

When a natural disaster affects a large area, the demand for materials and labor puts pressure on prices.

â€œWhat typically happens when an event destroys or seriously damages hundreds of thousands of people in a metropolitan area is that the prices of building materials in those markets tend to be high for about six, sometimes up to. at nine months, â€Dietz said. â€œYou get an increased labor shortage in the market and neighboring markets, as much of the labor and construction know-how is devoted to the renovation industry for the efforts of repair. “

Whether the increases are small or large, there are ways to save money on home insurance premiums. Hoagland chose to increase his deductible from $ 1,000 to $ 2,000, which reduced his home insurance by approximately $ 500 per year.

On its website, Triple-I lists 12 ways homeowners can lower the cost of their premiums, including shopping, bundling home and auto insurance, making the home more resilient to disasters, and improving home security. .

While 2021 may prove to be a bumper year for natural disasters and rising inflation, it could be some time before home insurance premiums moderate.

â€œThe reality is that we should all expect them to go up because costs typically go up and all of our insurance policies reflect costs,â€ Porfilio said. â€œSo it’s a question of relative magnitude. I believe, and we have a lot of data to show it, that rates should go up more than they have been. I think there is a bit of catching up to do. “

Chris Jones has Antonio Brown money at stake on Saturday