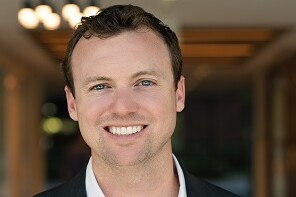 Rising from the position of Executive Vice-President, he succeeds James Silverwood, who retains his role as CEO. The transition supports the company’s continued growth plans and its commitment to providing housing and care to vulnerable populations in California.

As President, Jimmy Silverwood will draw on more than a decade of real estate and construction expertise to implement the company’s strategic vision and ensure smooth day-to-day operations. His efforts will focus on the impact, growth and culture of Affirmed Housing, and he will oversee all aspects of the business, including development and acquisition, asset management, finance and construction. Since joining the leadership team, Affirmed Housing has seen a 60% increase in overall home production in California, as well as a 150% increase in total financing secured for projects.

Since 1992, Affirmed Housing has funded more than $2.5 billion in affordable and supportive housing development, with 5,500 units developed or under development in 70 communities. The company has offices in San Diego and San Jose.

Juanita Rodriguez was named vice president of resident services for Rocky Mountain Communities, a Colorado-based nonprofit that owns and manages affordable housing across the state.

Rodriguez is responsible for establishing a vision for resident services that includes building community partnerships aligned with creating resilient, equitable, and vibrant places where people feel encouraged and excited to participate in the life of their community.

She brings over 20 years of experience in government, not-for-profit and for-profit organizations. Rodriguez worked at Rocky Mountain SER (Service Employment & Redevelopment) as a project manager, development manager, and corporate risk manager. She has also worked at TGS Management, ADP and for the Pueblo Department of Public Health and Environment.

She has over 19 years of direct experience in the multifamily investment industry, including nearly eight years specializing in the underwriting and acquisition of affordable rental housing.

Caruana will lead PEF Advisors after serving more than three years as senior vice president of preservation equity funds at WNC, where she oversaw the acquisition and asset management teams. Previously, she worked for a private real estate investment firm, where she specialized in acquiring affordable rental apartments that generate economic returns, most recently as Senior Vice President of Acquisitions. Caruana also spent nine years at a publicly traded, multi-family REIT, where she held various research and investment roles, including senior director of market research, senior investment analyst and investment manager.

Lamont has a new role at TNDC

She comes into the role after 10 years as director and then senior director of housing development at the nonprofit. Prior to joining TNDC, Lamont worked at Eden Housing and the Los Angeles Community Design Center, now Abode Communities.

More than 6,100 people are housed in TNDC’s 44 buildings across the city.

Davila, who has eight years of experience with PNC and BBVA USA, most recently served as Senior Vice President and Community Development Market Manager for Texas, where she led a team responsible for managing Community performance. Reinvestment Act (CRA), volunteerism, community giving, and community lending and investment efforts throughout the state. In her new role, she will be responsible for leading the regional implementation of PNC’s recently announced $88 billion community benefits plan.

Wesley WilsonChief Financial Officer, was promoted to Avanath Capital Management, making him the youngest partner in the firm’s history.

Based in the company’s office in Irvine, Calif., Wilson is responsible for managing the company’s new open-end fund with more than $536 million in equity commitments, serving as the company’s sole investment vehicle. company in the future. Along with his duties as a partner, Wilson will continue to oversee accounting, asset management, finance and investor relations as the firm’s chief financial officer.

Michel Jean-Pierre was named senior vice president of M&T Realty Capital Corp. Based in the New York office, he joins the Capital Markets team and will be responsible for MBS investor relations, loan pricing, trading and key capital markets initiatives to support originations across the Platform.

Jean-Pierre has more than 10 years of experience in multifamily financing. He joins M&T RCC from Capital One, where he spent the past five years as a senior executive within the agency’s capital markets team focused on pricing and trading multi-family securities. Previously, he was a Freddie Mac Multifamily Producer in the Northeast Regional Office, overseeing originations and the underwriting process for multiple lender relationships, generating $2 billion in annual volume.

As a member of the company’s agency lending and affordable housing practices, Schaeffer will continue to represent institutional lenders in financing multifamily properties through the Fannie Mae Delegated Underwriting and Servicing (DUS) program and the Freddie program. Mac Seller-Servicer, including working on a variety of affordable housing transactions, manufactured housing transactions, and multi-state portfolios with various lenders in the government-sponsored business lending space. In addition, she represents and advises clients in connection with bridging loans and assignments of mortgages.

McConnell will continue to represent institutional lenders in entering into commercial real estate loans for securitization or other secondary market sales. As a key advisor in the area of ​​commercial mortgage-backed securities (CMBS) and bridge lending practices, he advises clients, including lenders, managers and borrowers, with respect to loan facilities secured commercial property, mortgage-backed securities and commercial real estate. home loan. Additionally, he has represented and advised clients in all aspects of commercial real estate transactions including mortgage origination, financing, leasing, partnerships, loan modifications, restructurings and foreclosures.

Cosolito, a member of the firm’s CMBS and bridge lending practices, will continue to represent institutional lenders in entering into commercial real estate loans for securitization or other secondary market sales.

Patel’s practice is focused on tax credit syndication in new markets. Her job is to guide clients through Opportunity Zone investments as well as low income housing and historic rehabilitation tax credit issues.

Prior to joining Manatt, Sameer was a partner at an international law firm, where he focused his practice on tax incentive financing.

As Managing Director, Bartner, AIA, is responsible for maintaining the company’s position as a leader in integrated design services in key markets and verticals. He and the management team will be particularly focused on growth in the affordable and student housing sectors, where K&A has a significant presence, as well as increasing the company’s presence in other key markets.

Rosemarie Warren joined the District of Columbia Housing Finance Agency (DCHFA) ​​as vice president of accounting and controller. In this role, she is responsible for all accounting operations and establishing and maintaining controls over disbursements and receipts.

Warren has over 10 years of experience as a bank controller. Previously, she served as Vice President and Comptroller of Congressional Bank and Colombo Bank, and was a former partner at Goodman & Co.

Rupee gains 3 paises to 77.52 against the US dollar in early trading: The Tribune India