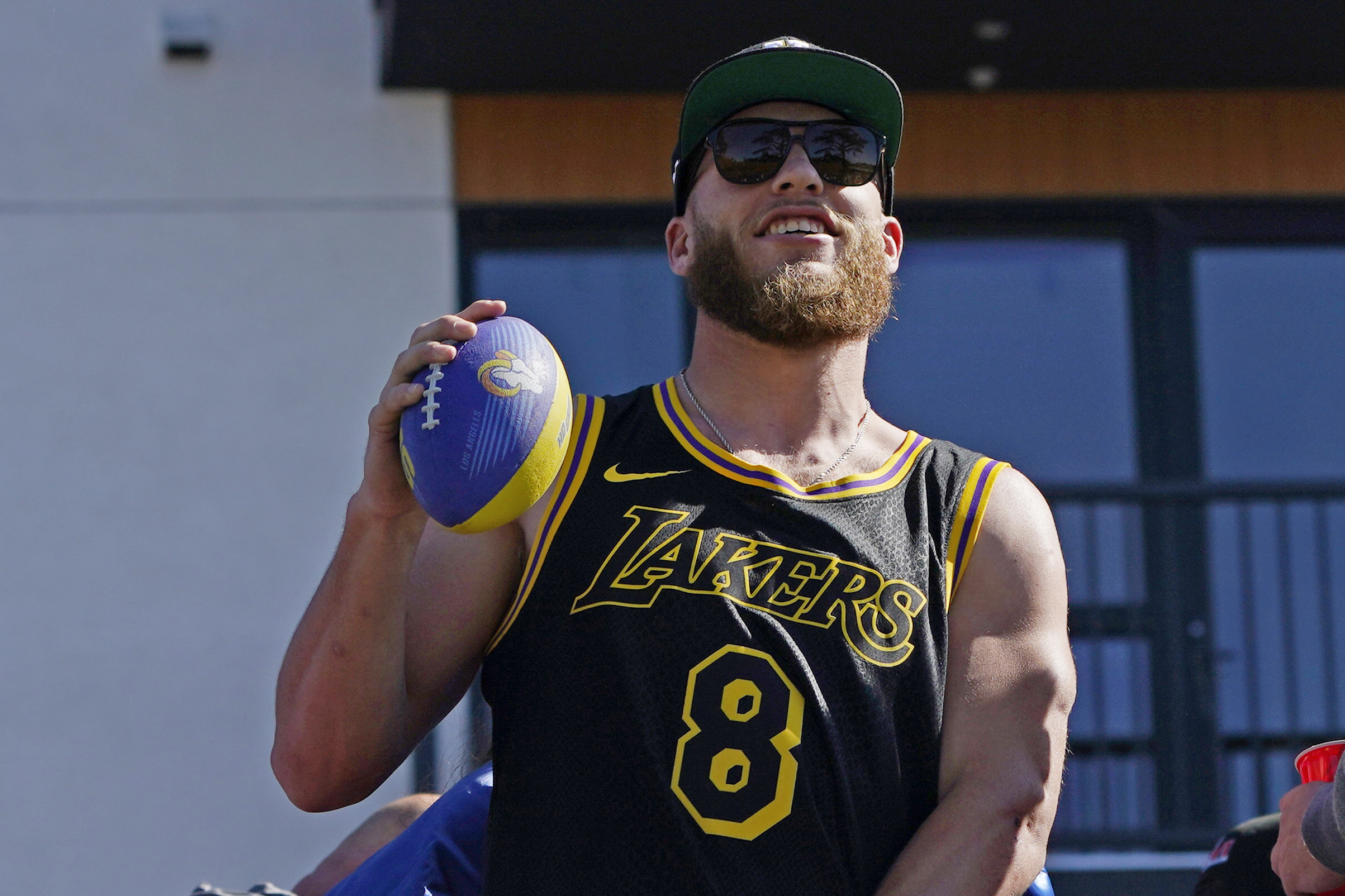 Rams’ Cooper Kupp on being the highest-paid WR in the NFL: ‘I’m not trying to beat anyone’ | Launderer’s report

According to the NFL Network Andre Siciliano, Kupp was asked if it was his goal to become the highest-paid receiver in the league. He replied, “I don’t think that’s the approach I’m taking.”

Kupp is coming off one of the most prolific seasons for a wide receiver in NFL history. He was named Offensive Player of the Year after winning the Triple Crown by leading the league with 145 receptions, 1,947 receiving yards and 16 receiving touchdowns.

The 28-year-old continued to dominate in the playoffs to help lead the Rams to their second Super Bowl championship in franchise history. Kupp caught the game-winning Super Bowl LVI touchdown to lead Los Angeles past the Cincinnati Bengals 23-20 and earn MVP honors. He also set a postseason record with 33 receptions in four games.

There have been a few notable deals for wide receivers this offseason. The Miami Dolphins acquired Tyreek Hill from the Kansas City Chiefs last month and gave him a four-year, $120 million deal with $72.2 million guaranteed. A week before that, the Las Vegas Raiders gave Davante Adams $140 million over five years, including $65.7 million guaranteed, after acquiring him from the Green Bay Packers.

As the receiver market continues to grow, Kupp will one day be in line for a huge paycheck, whether he likes it or not.