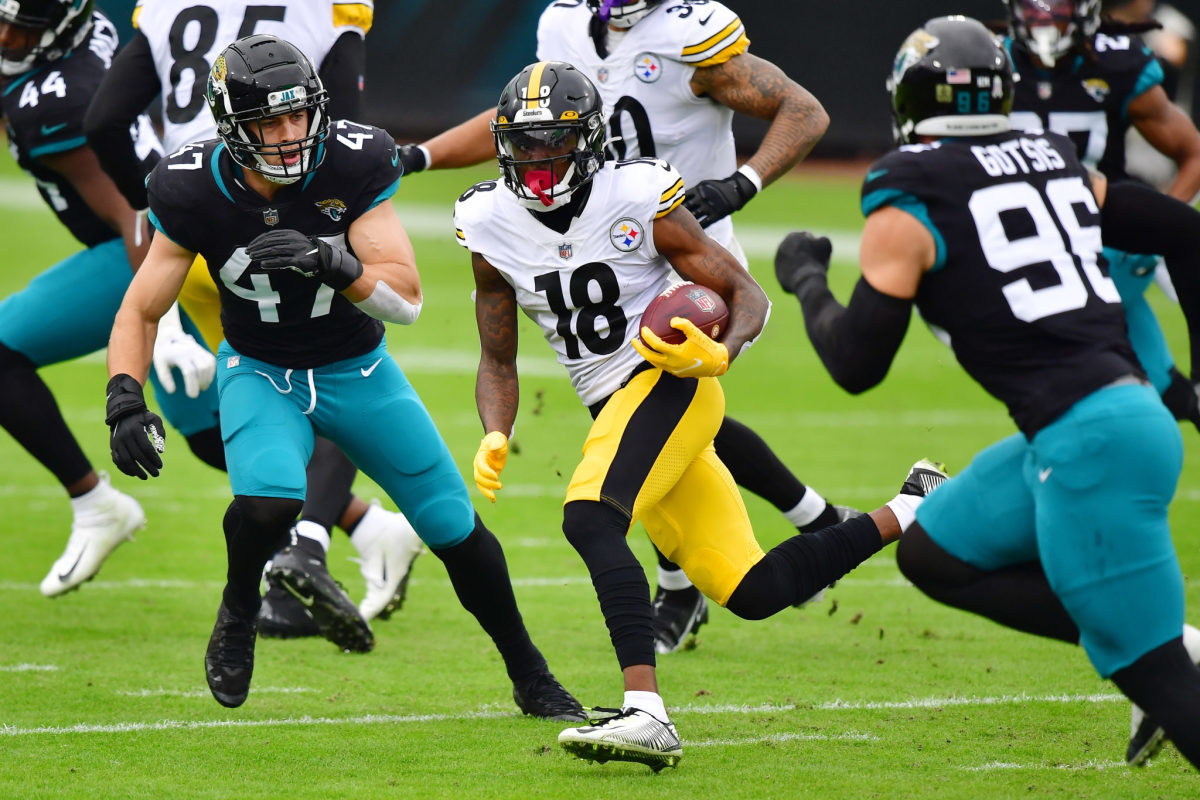 As he heads into the final season of his rookie contract with the Pittsburgh Steelers, Diontae Johnson is looking to earn a big payday like many of his fellow receivers in the league.

That being said, he won’t use a heist to force the Steelers’ hand.

After showing up for just one of the voluntary OTA practices last week, Johnson was in attendance Tuesday for the team’s mandatory minicamp.

“I’m just here to work, do what I’m told, and get the job done,” Johnson said, per Tribune-Review Sports. “It’s my aim.”

Johnson admits a contract extension deal is on his mind, but he thinks his “time will come”.

“It’s not like you don’t see it. You see it,” Johnson said. “The bell is ringing in your head – so-and-so got this and so-and-so got that. I try not to look at the pocket watch and stuff like that. Whoever gets a contract, I feel like they deserve it because obviously they put in the time and work.

“My time will come.”

Johnson notched the best season of his young NFL career in 2021, with a career-high 107 catches for 1,161 yards and eight touchdowns — earning his first Pro-Bowl selection. With JuJu Smith-Schuster heading to Kansas City earlier this offseason, Johnson is expected to play an even bigger role on the Steelers offense this coming season.

“I want to be here,” Johnson added. “I am patient and I will continue to work. My agent will do what he (can) do.