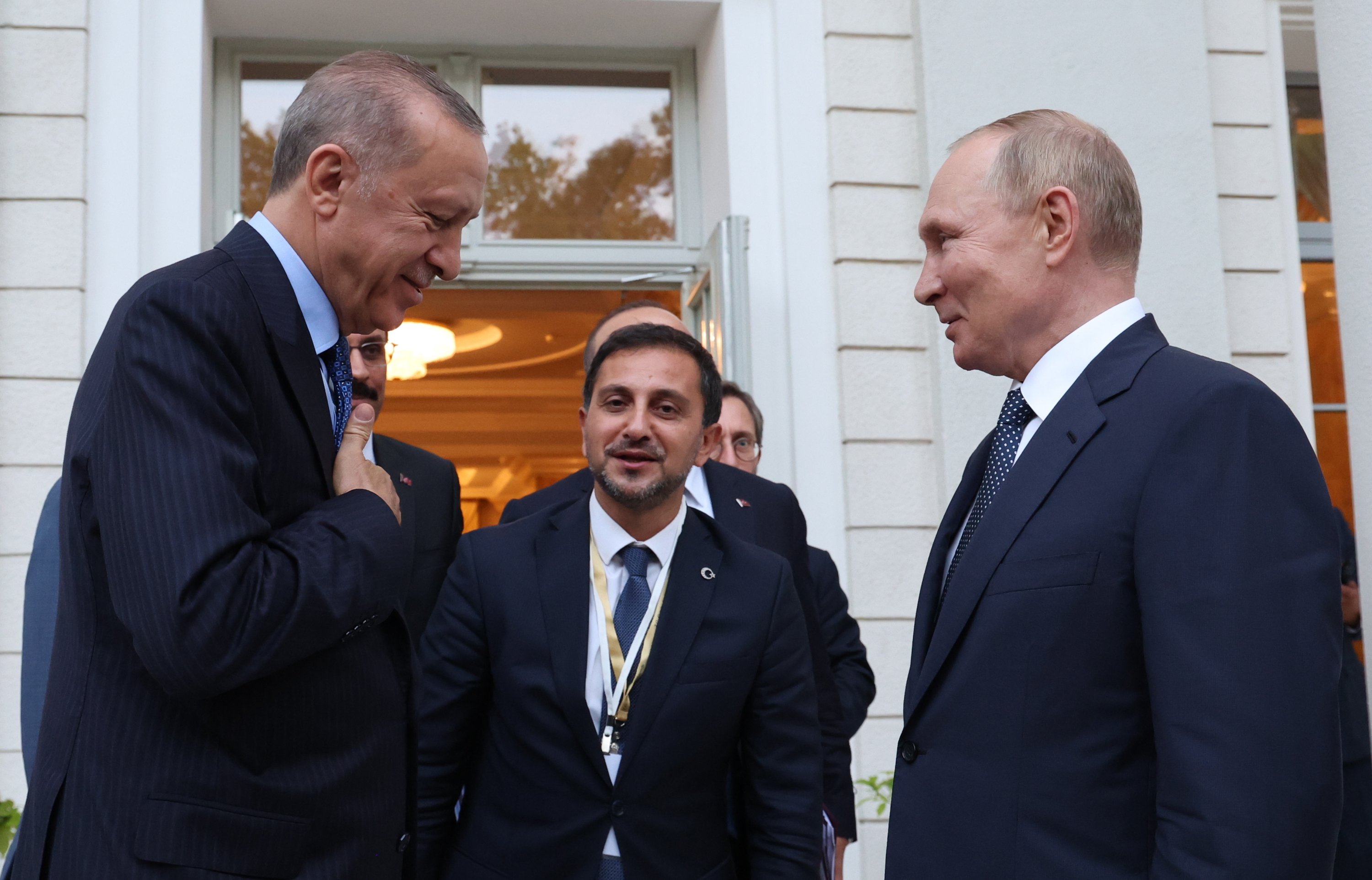 Moscow and Ankara have agreed to gradually start payments for gas supplies in Russian rubles.

Following a meeting between Russian President Vladimir Putin and his Turkish counterpart Recep Tayyip Erdogan on Friday, Russian Deputy Prime Minister Alexander Novak revealed that the parties had discussed gas deliveries and agreed on its partial payment in rubles .


“There was an important element; gas supplies to the Republic of Turkey were discussed, which are supplied in quite a huge volume – 26 billion cubic meters per year,” Novak told reporters. “The presidents agreed during the talks that we will start partial gas deliveries and payment in rubles.”

Novak went on to say that the discussion between the two sides was still in its early stages, adding that some of the supplies would be paid for in Russian rubles.


“Supplies will be partly paid for in Russian rubles in the first stage. This is indeed the new stage, new opportunities, including for the development of our monetary and financial relations,” Novak added.

The world’s largest natural gas exporter, Russia is still Turkey’s main gas supplier despite a year-on-year decline in overall supplies. The two countries trade gas through two major gas pipelines – the Blue Stream and the TurkStream. The annual transport capacity of the Blue Stream is 16 billion m3, while the TurkStream provides twice that, or 31 billion m3 per year.

During talks in the Black Sea city of Sochi, Putin praised the TurkStream gas pipeline project, saying Europe should be grateful to Turkey for its uninterrupted supply of Russian gas.

The two leaders also discussed the construction of Akkuyu Nuclear Power Plant (NPP) in southern Turkey. The $20 billion project, funded by Russia’s Rosatom State Atomic Energy Corporation, will be the first nuclear power plant built in Turkey. The facility is expected to be operational by mid-2023. Under an agreement reached in 2010, Russia is responsible for the design, construction, maintenance, operation and decommissioning of the plant after the end of its 60-year lifespan.

Discussions over lira-ruble transactions began when Russian-American tensions soared following the Ukraine crisis in 2014. Relations between the two countries deteriorated further when Moscow launched what it calls a “special military operation” in Ukraine earlier this year. On March 31, Russian President Vladimir Putin said that “unfriendly” countries, including those responsible for sanctions against Russia, should pay for Russian natural gas in rubles rather than dollars or euros. In order for them to make these payments, the buyer of the gas must open both a euro account and a ruble account at Gazprombank in Moscow.

Russia has adopted various measures as part of its efforts to reduce its dependence on the US dollar. The Kremlin would make deliberate efforts to convince other countries to stop making payments in dollars and start transacting in their respective national currencies.