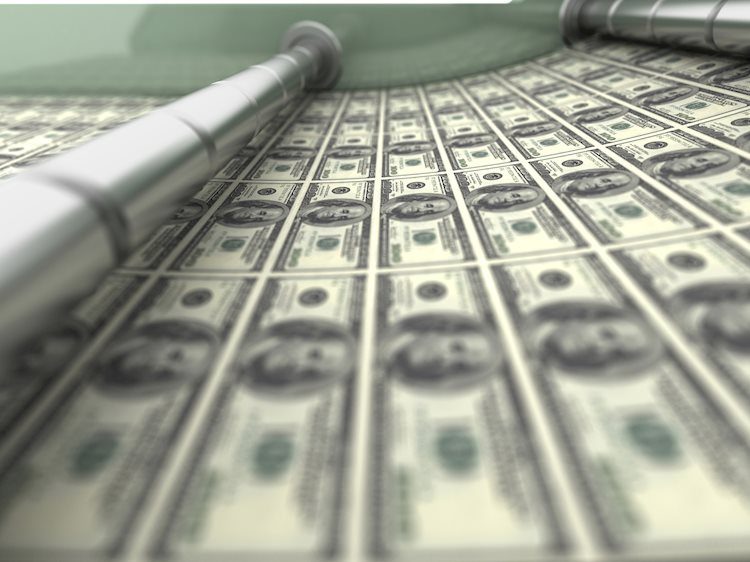 Stocks and crude down, US dollar up – When will the USD rally stop?

The mood in European markets was not so bad yesterday; Most European indices made small gains despite a deepening energy crisis and a bigger-than-expected drop in German factory orders.

But the US session failed to follow European gains, and European futures are pointing to a bearish start today.

All three major U.S. indexes fell on Tuesday, U.S. yields soared and the dollar extended as Americans returned from their Labor Day break.

The S&P500 closed a few points above the closely watched 3900 mark, the main 61.8% Fibonacci retracement on the summer rally, which if cleared should point to a deeper downtrend. medium term.

On the other hand, corporate America is now rushing to sell bonds, before debt issuance becomes more expensive with the outlook of a heavily hawkish Federal Reserve (Fed).

Just yesterday, 19 US companies, including big names like Nestle, Walmart, Target and McDonalds, issued a large amount of bonds – around $30-40 billion – after a nearly 60 basis point jump in high grade yields since early August. This is the largest quantity sold since September last year.

Rising yields of course helped the US dollar extend its recovery. The US Dollar Index is now above the 110 mark; USDJPY climbed to 144, EURUSD slipped below 0.99, Pound failed to hold 1.15 support and Gold is back below the $1700 level.

When will the dollar rally stop?

We saw in the second quarter results that the strong dollar was starting to weigh on US corporate earnings. Additionally, the appreciation of the dollar is expected to have a negative impact on US exports, making US goods less affordable to others, especially as the world grapples with a sharp decline in purchasing power.

So if the dollar continues to rise at this rate, it is not only that countries other than the United States will continue to see their energy bills, denominated in American dollars, inflate more than “necessary”, but the he US economy will also hit a wall.

Well, that’s kind of what the Fed is trying to do. After printing tens of billions of dollars to stimulate growth in the United States, American policymakers are struggling to cool the economy and hit the breaks. So maybe hitting a wall is an option.

But either way, if history is any guide, the US dollar could strengthen much more than it does today. If we go back to the 80s, when Volcker was raising interest rates at high speed to keep inflation under control, the US dollar also got very strong. The greenback gained about 50% against the Japanese yen, deutsche mark, French franc and British pound from 1980 to 1985. And at one point the dollar became so strong that the dollar index reached level 164, and the Japanese, the European and American leaders were to meet at the Plaza Hotel in New York to reach an agreement to drive down the greenback!

Now, of course, Jerome Powell shouldn’t be raising rates as aggressively as Volcker, but if we think 164 was the highest level the dollar index hit in the 80s, we still have, in theory, a long way to go. .

Other central banks are also raising rates, but

The Euro is clearly looking bad, and the Loonie is not doing any better, and we are not convinced that a rate hike could give the Loonie the positive effect it needs. Weakening oil prices will likely continue to weigh on the Canadian dollar.

And speaking of oil

Crude oil prolongs losses. US crude is poised to test the $85 support at the time of writing. The downward pressure is explained by the growing fear of a recession. The removal of the $85 support should open the way towards the $80 mark, which is the base of the post-pandemic uptrend channel.

Below this level, OPEC will certainly show up and say it is cutting production to further stabilize the market.