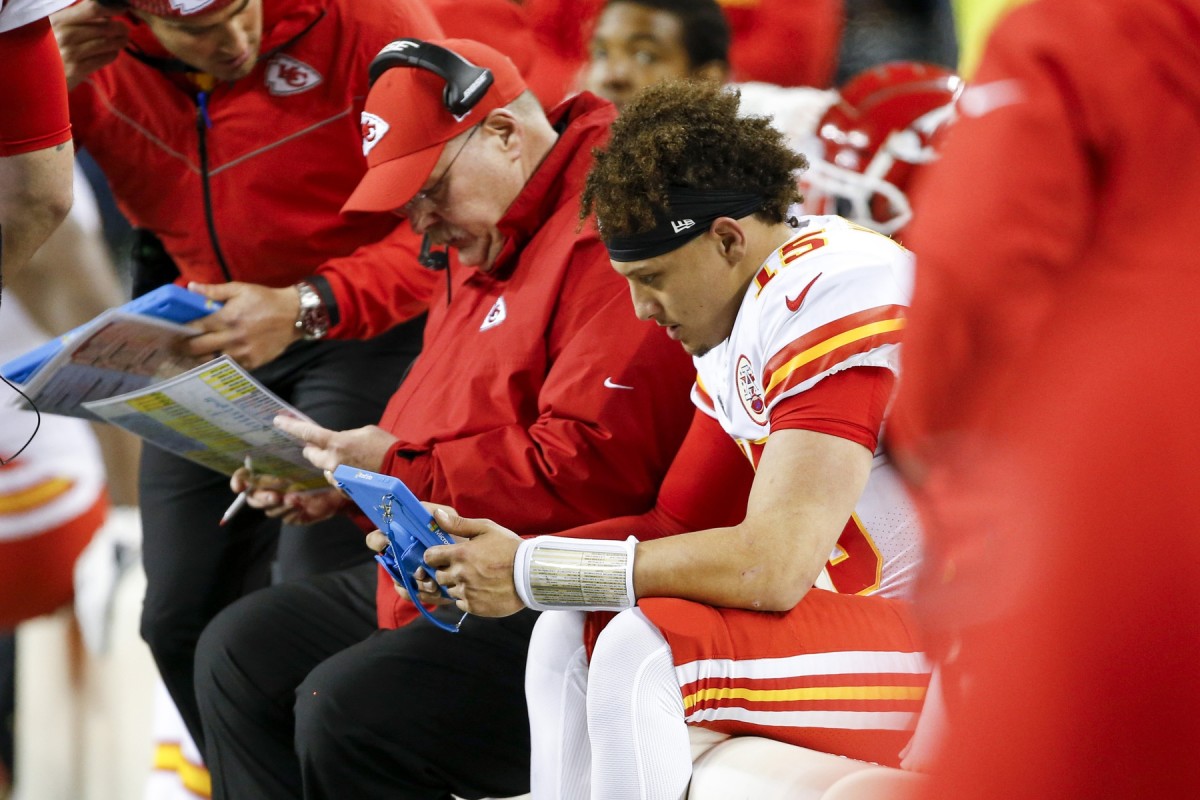 As the Kansas City Chiefs continue their offseason, Organized Team Activities (OTA) and mandatory minicamp are on the books. Next comes training camp in St. Joseph, MO, but not before more speculation about contract extension talks between the team and left tackle Orlando Brown Jr.

Brown, who recently hired an agent to help with this procedure, is in line for a big payday in the very near future. He’s earning over $16.6 million on the franchise tag for this year, however, that doesn’t come with any long-term stability. Brown wants to be a long term leader, and the franchise is motivated to strike a deal with him before the July 15 deadline. Head coach Andy Reid spoke at the Chiefs’ end-of-minicamp presser on Thursday, and he gave a vote of confidence to general manager Brett Veach to finish the job.

“Yeah, so I don’t talk to him much [Brown], but Brett and his team are,” Reid said. “You know, it never happens overnight, that’s not how it works. But they’re going to get through this and I know both sides are going to handle it the right way and get to a place that’s good for Orlando and good for the team.

Reid didn’t stop there. He also praised Brown for the job he did at left tackle last season, citing him as a player with ‘lots of room to grow’ who is ‘wired the right way’ and should be ‘up’ . Additionally, he noted that Brown is doing what he needs to do independently in order to be ready for training camp. The Chiefs boss clearly likes Brown a lot, even amid ongoing negotiations between him and the team.

Brown did not participate in fieldwork during Kansas City’s mandatory minicamp, which was expected given the nature of the situation. The Chiefs are already invested in him through the aforementioned franchise tag and a trade ahead of the 2021 draft, so there’s some leverage on the 26-year-old’s side. That said, leverage should not be worn with a negative connotation. Quarterback Patrick Mahomes was also asked about Brown, and he spoke just as glowingly as Reid about both sides ironing out a contract extension at some point.

“Yeah, I’m very confident just because I know Orlando,” Mahomes said. “I was with him yesterday actually, so I hang out with him a lot. He loves football. He loves the Kansas City Chiefs. He loves being here in this organization. So now the stuff that’s always stuff, the business side of it all. We all want to support our families for the long term, the next generation. I know he’s got it covered. As far as the love of the Chiefs and the love of football go, he there’s no one in this building who loves him as much as he does.

Brown may not have been perfect for the Chiefs in his first year, but he improved over the season and Mahomes grew more comfortable with him over time. With his 30s years away, it makes sense for the team to lock him into a long-term deal if they think he’s the man who can protect Mahomes’ blind side in the future. That appears to be the case, but for now, the business element that Mahomes and Reid alluded to is running its course. On the other side – according to two of the most prominent figures in the Chiefs organization – a pact should be made. The leaders are not at all worried.