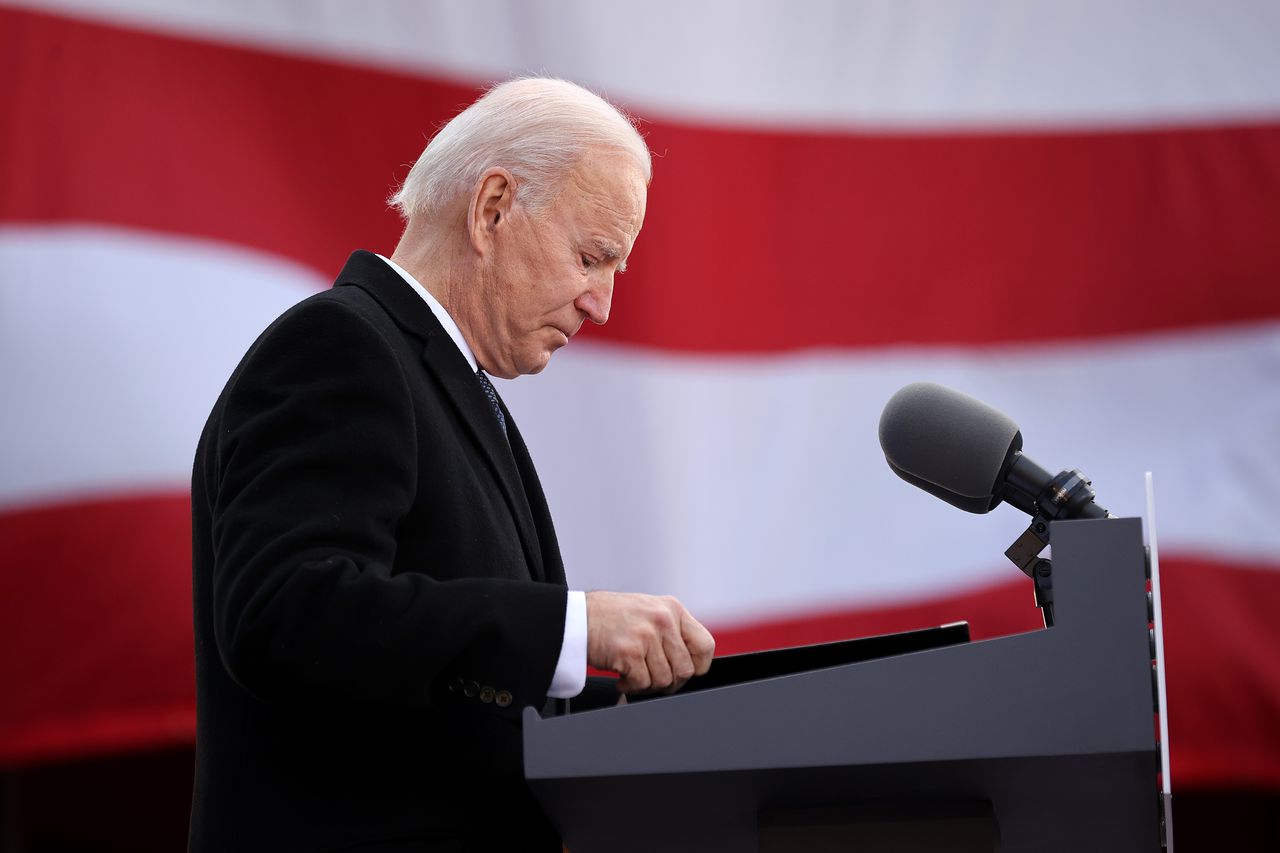 As President Joe Biden was sworn in as President of the United States yesterday, someone was silently kneeling near the grave of his late son Beau.

A Delaware News Journal reporter stopped by St. Joseph’s on Brandywine Church in Greenville, Del., Where Beau is buried.

Patricia Talorico told the Washington Post that she was out yesterday to watch how Delaware residents celebrate Joe Biden’s inauguration.

Talorico told The Post about a chance meeting she had with Beau Biden in 2002 during a political event in which an “act of kindness” on her part left a lasting impression on her. Talorico said she was stressed at the time because of a deadline and a story she had to write. Apparently Beau noticed her and asked her if she was okay.

The memory prompted Talorico to stop by the cemetery where she said she saw a man kneeling over Beau’s grave with his head bowed and dressed in a blue uniform. Talorico took a photo but said she did not approach to ask for the man’s name out of respect.

Poignant moment: As Joe Biden gave his inaugural address, a lone man in uniform knelt in front of his son Beau’s grave in Delaware. pic.twitter.com/QkCuJRHzTz

Beau Biden was the Attorney General of Delaware. He died of cancer in 2015 at the age of 46.

Talorico’s story and tweet went viral with thousands of shares, likes and comments such as “Cry yet again seeing this photo. I’m so grateful for the good people in this country ”and“ America, there is goodness here.

And this: “Oh my God! Now I have goose bumps again, and yes, I am crying again! What a wonderful way to keep Beau in the know on this historic day. If you haven’t read Joe’s book ‘Promise Me Dad’ I recommend you do, it’s wonderful, all about Beau.

Talorico posted a follow-up story on why she took the photo yesterday. Talorico wrote: “The person in the uniform lowered his head and put his hands together. The image brought tears to my eyes.

“I couldn’t bring myself to interrupt this poignant and solemn moment. I took a few photos from a distance and parked my car on a nearby road. I listened to the end of Biden’s speech and went home to see if the person was still there. The person was. And the person was still kneeling, still had his head bowed.