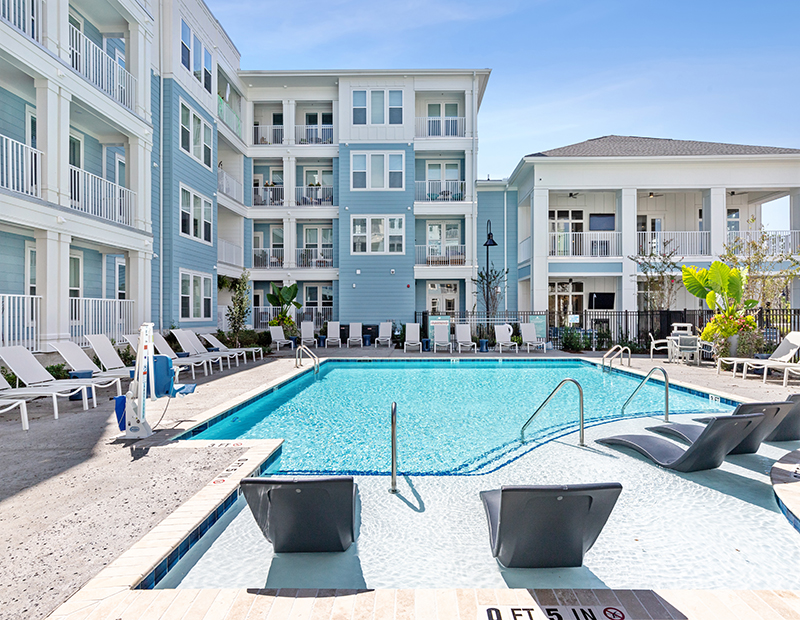 The cost of capital for multi-family projects continues to rise and will likely rise. But an offsetting reality is that demand for rental housing remains robust. Bottom line: smart developers who take appropriate levels of risk should continue to come out on top.

According to Kip Sowden, President and CEO of RREAF, which develops large-scale multi-family, hotel and residential projects. The result is a situation not seen in years, in which capitalization rates have fallen below the cost of debt. This impact should drive some liquidity out of the market, putting upward pressure on cap rates. But in the fast-growing Sun Belt hotspots, huge population growth has created demand for multifamily housing far outstripping supply, propelling rental rates and leaving many longtime multifamily experts in awe. This situation should keep capitalization rates low.

The current inflationary environment may create even greater migration to Texas and other Sun Belt regions. “Capital continues to be deployed into everything residential across Texas and most markets (in) the Southeast, so I think those areas will be much more recession-proof than other parts of the country,” Sowden said.

Expectations diverge on the extent of the Fed’s interest rate hike. The rate of return on all assets is increasing, as is the risk premium for risky assets, due to uncertainties arising from inflation, supply chain disruptions and the future direction of the Fed. The biggest concern may be whether the Fed will aggressively shrink its balance sheet, removing liquidity from the system. Less money will be available at any cost. The available capital will be insufficient to finance all development projects.

“It will cause the deflation that the Fed is trying to achieve,” said Dwight Dunton, founder and CEO of Bonaventurea national company with a development focus on the Southeast.

On the equity side, the cost of capital is not expected to rise until funds are raised with new expectations. But equity investors will likely become more risk averse immediately. Over the past two years, they have had to take on more risk to get the same returns. Now, an opposite approach – taking less risk for the same return – is likely to be preferred.

Since most loans are variable rate, increases in the cost of capital are already underway. This will lead to an increase in overall capital or the weighted average cost of capital, and will continue to increase throughout periods of development as rate hikes continue.

While new housing starts have slowed, the reasons may hinge less on capital costs and more on different views of future stabilized asset values ​​and what it will cost to reach those values.

“We expect partners to examine the fundamentals of each investment opportunity more than they have recently,” said Kory Geans, managing partner and chief investment officer at Middleburg Communities, active throughout the Southeast. “They may be waiting to see the most recent property sales stabilize to confirm exit values ​​in this current environment.”

With money so readily available in recent years, conduits have generally undervalued banks. Risk premia have resulted in conduits having a wider spread over the base interest rate, as opposed to bank funding which is more static. “They don’t have as much volatility in their loans, because of their more rigid cost of capital,” Dunton said.

Smart developers are already diversifying their funding sources and looking for alternative sources for construction loans. Life insurance companies and banks are increasingly taking the place occupied in the past by GSEs.

“This is a pool of capital to be targeted, either directly or through origination partners,” said Vidur Gupta, CEO of Beekin, a proptech company serving multifamily rental investors and lenders. and single family.

So where are the best deals? They’re often found in traditional two- and three-story garden-style multifamily developments in Texas, Florida, Georgia, the Carolinas and Tennessee, all seeing high single- and double-digit population growth, Sowden said.

Some consider the best deals to be those for land they contracted 12 months or more ago in high-income suburban areas. “We can’t control the timing of the land contract, but still think the affluent suburbs are the sweet spot for us right now,” Geans said.

Many multi-family developers are waiting for another quarter to see how supply chain costs change and how quickly the Fed raises rates. Some temporarily delayed projects are likely to be permanently abandoned. Equity providers and sponsors remaining active are locked in a row over how cost overruns should be allocated.

Given current inflation, projected costs have increased even before the projects have started. The general contractor argues that it cannot be responsible for the costs until the buyout, Dunton said, while the sponsor argues that if the costs increase due to buyout inflation, it is the result of a market condition and has nothing to do with incompetent sponsorship. The stock provider demands to know why he should bear all the market risk of rising costs before the buyback.

“So you have this big debate,” Dunton added. “And that slows the pace of projects coming to fruition. And all the while, prices continue to accelerate.

While construction costs remain high, the biggest concern remains the uncertainty of how values ​​will move due to the interest rate environment.

“We can only control one of them, and the other requires investors and developers to be realistic and operate with a margin of error,” Geans said. “There’s still an insatiable demand for housing at the right price, and people will be rewarded for delivering housing at that level as long as they manage those other risks.”

Dollar falters as US yields retreat on recession risks

Antoine Davis’ heart has always been in Detroit. Eventually, so was the NIL money. | Basketball