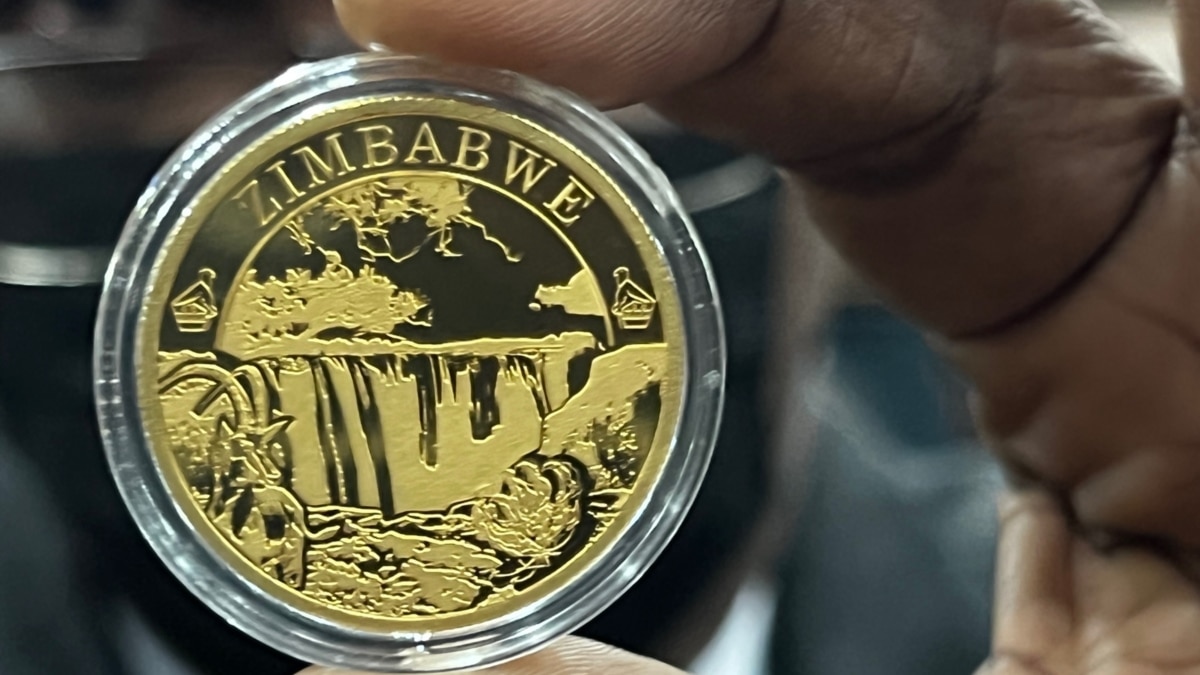 Zimbabwe’s central bank has introduced gold coins which it hopes will make it easier for citizens to apply for foreign currency. But economists and ordinary Zimbabweans are skeptical.

At the official launch of the gold coins in Harare on Monday, John Mangudya, director of the Reserve Bank of Zimbabwe, said the coins were designed to reduce demand for US dollars in the country.

Zimbabweans are largely avoiding the weak local dollar in favor of US greenbacks, which Zimbabweans see as more acceptable abroad and better able to retain their value over the long term.

Mangudya said he hopes Zimbabweans will now opt for the gold coins, which cost around $1,800 each.

“We are now providing this store of value to ensure that people are not running to the parallel market in search of foreign currency to store value,” he said. “And there is no better commodity that can be used to store value other than gold.”
Mangudya said the coin was a sign of respect for the people of Zimbabwe.

“We know what you’ve been through in terms of the fear factor of losing value and so we’re providing this gold coin,” he said. It is a true gold coin to ensure that it is saved and invested in it.

Mangudya said 2,000 pieces will be made, with future production depending on public appetite.

Prosper Chitambara, senior researcher and economist at Zimbabwe’s Labor and Economic Development Research Institute, said despite the bank’s hopes, he doubts the coins will significantly reduce demand for US dollars.

“Even the demand for US dollars as a store of value, it will also increase because there is still a lot of uncertainty regarding the convertibility of these gold coins – are [they] negotiable internationally, especially given issues of trust? said Chitambara.

“Most people might not have the money to buy this because most citizens are literally living hand-to-mouth,” Chitambara said.

One such struggling Zimbabwean is Christine Kayumba, a secondary school teacher in Harare.

“Issuing gold coins for us teachers in Zimbabwe is something we can dream of,” Kayumba said. “That means a teacher earning $190 to $200 would need nine to ten months to buy a gold coin.”

For Kayumba, the $200 salary pays for transport, food, rent and money to send the children to school. It’s money to live on, she says, not to buy a gold coin.

“So I believe the gold coins were for the wealthy, not the ordinary teacher or any civil servant in Zimbabwe,” she said.

Mangudya told reporters on Monday that lower value gold coins would be minted in the future to meet the needs of people with fewer resources.